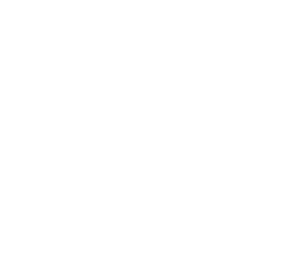 In the heart of Crested Butte at 129 Elk Avenue you’ll find the Forest Queen Hotel and Coal Creek Grill which occupy a historic building dating back to 1881.  In its early years, it was reported to have been part of the Main Street red light district with a saloon downstairs and brothel on the second floor. Legend has it that a lovelorn lady named Elizabeth, commonly known as Liz, still haunts the hotel. It seems Liz had fallen in love with a transient gambler and had given him her life’s savings to use in an all night gambling event. Although he won big that evening he left town, not only with his winnings, but also with her money. Shortly afterwards Liz  threw herself out of a second story window into the icy waters of Coal Creek. For many years, both guests and staff have reported paranormal activity at both the hotel and restaurant.

As times changed the building became a general store owned by Barry Cornman who, along with his mother, Thelma, lived and worked there for many years. Over time a series of restaurants and taverns have occupied the first floor and the second floor has provided accommodations for overnight guests and longer-term boarders. The Forest Queen sits in a fabulous downtown location next to Coal Creek and offers 2-Star Economy lodging in a 130 year old hotel with 7 sleeping room (3 with private baths and 4 with a shared bath). The Coal Creek Grill and Bar occupy the downstairs and offer seasonal menus and hours. Every effort has been made to retain the historic charm of both the hotel and the restaurant.

We hope you find your stay here in Crested Butte to be a fun and exciting adventure as you discover the rich history that our small town has to offer.

We proudly support the following local organizations and events;

Owner, Douglas Dodd, brings over 20 years experience in the restaurant industry. Doug was raised in Pennsylvania and Illinois and started working in small local restaurant in his teens. He received his career training at the prestigious Culinary Institute of America in Hyde Park, New York. Following an apprenticeship at the Hotel Erilbacherhof in Zurich, Switzerland, Doug worked in boutique properties including The Mansion on Turtle Creek in Dallas, The Little Nell in Aspen and the Phoenician in Scottsdale. He spent 7 years as Executive Chef at the Hotel Bel Air in Beverly Hills where, during his tenure, the restaurant was Zagat rated as "Most Popular Hotel Restaurant". Most recently he spent 6 years as the Executive Chef at The Arabelle at Vail Square. He is a trained Sommelier and has been awarded the prestigious Grand Chef Relais Chateau.  Doug is very excited to be back in a small town where there’s a feeling of community and he has the opportunity to fulfill his dream of owning his own restaurant. Outside work, Doug enjoys skiing, mountain biking and photography.